A collaboration with Ron Arad at the Roundhouse music venue in Camden Town, London. Arad designed a sculpture of 5,600 silicon tubes which fill the interior space, forming a spherical curtain.
Our response to Arad’s installation poses the silicon surface as a refracted mirror. Filmed and animated content has been specifically designed to match the curtain and its surroundings,
literally reflecting the Roundhouse back onto itself. Utilising the buildings former primary function of rotation the work and its environment are intertwined and juxtaposed producing interesting hybrid creations between architecture and moving sculpture,
bringing the building to life. Set to a bespoke theatrical score the viewer is immersed into a seamless 360° audio visual experience. “Arad places his sculpture in the Roundhouse, so in response we put the Roundhouse in the sculpture”. 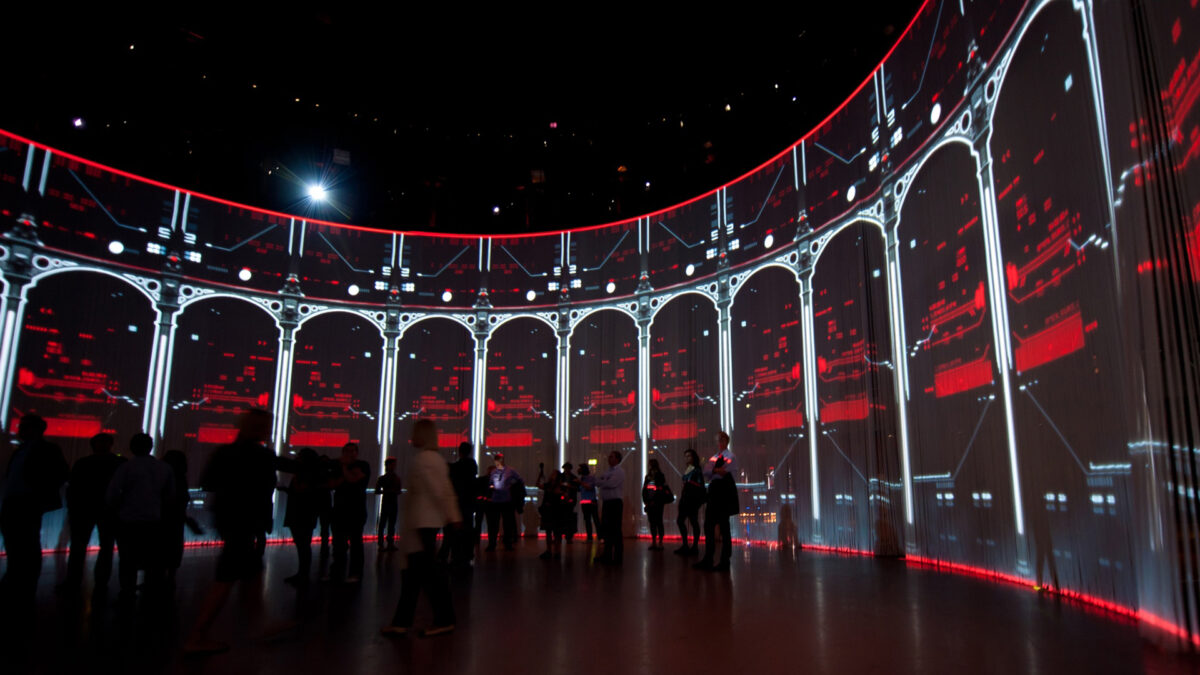 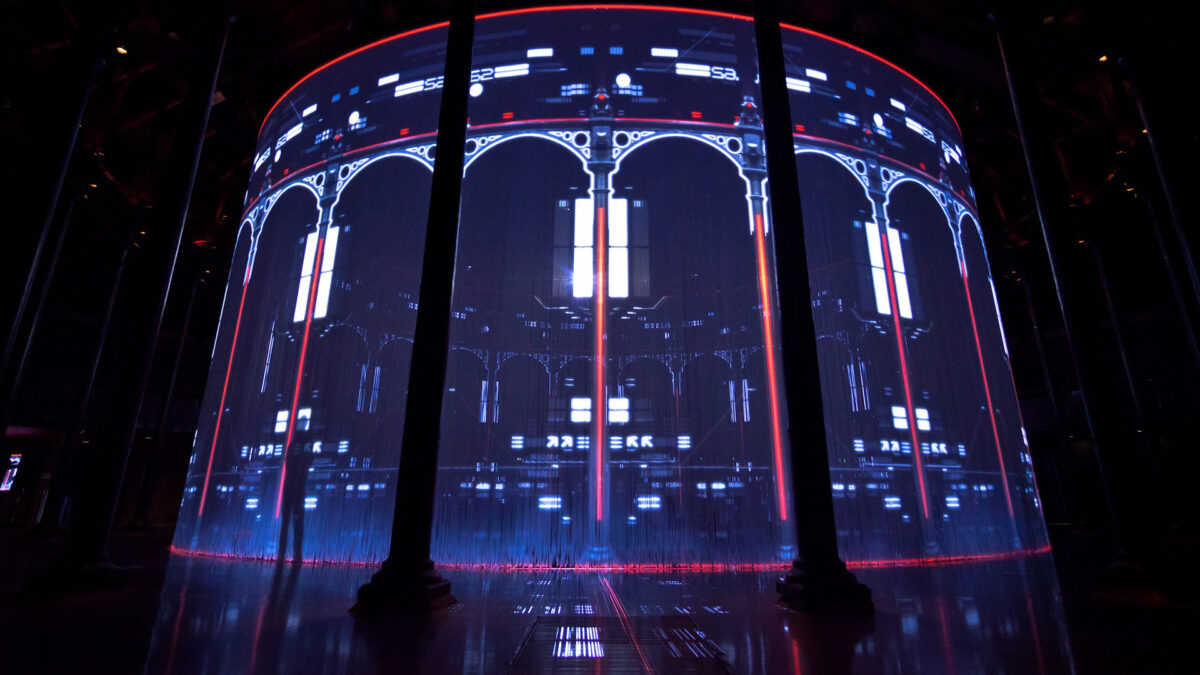 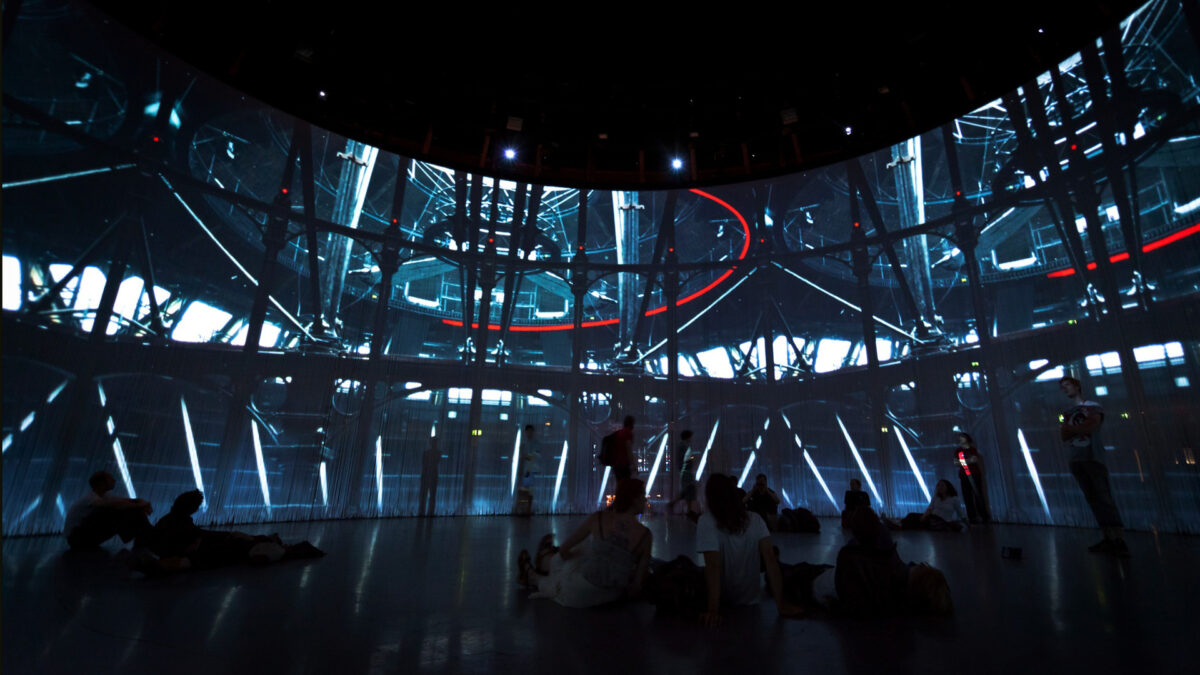 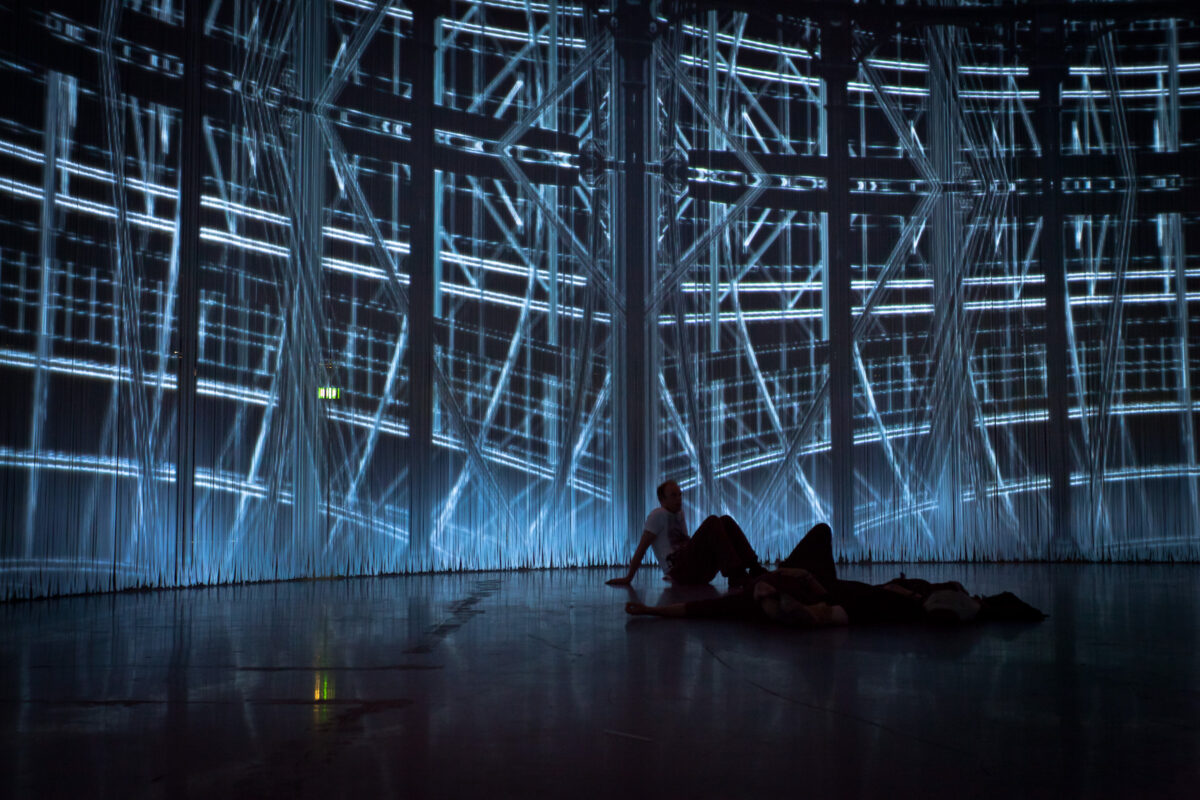 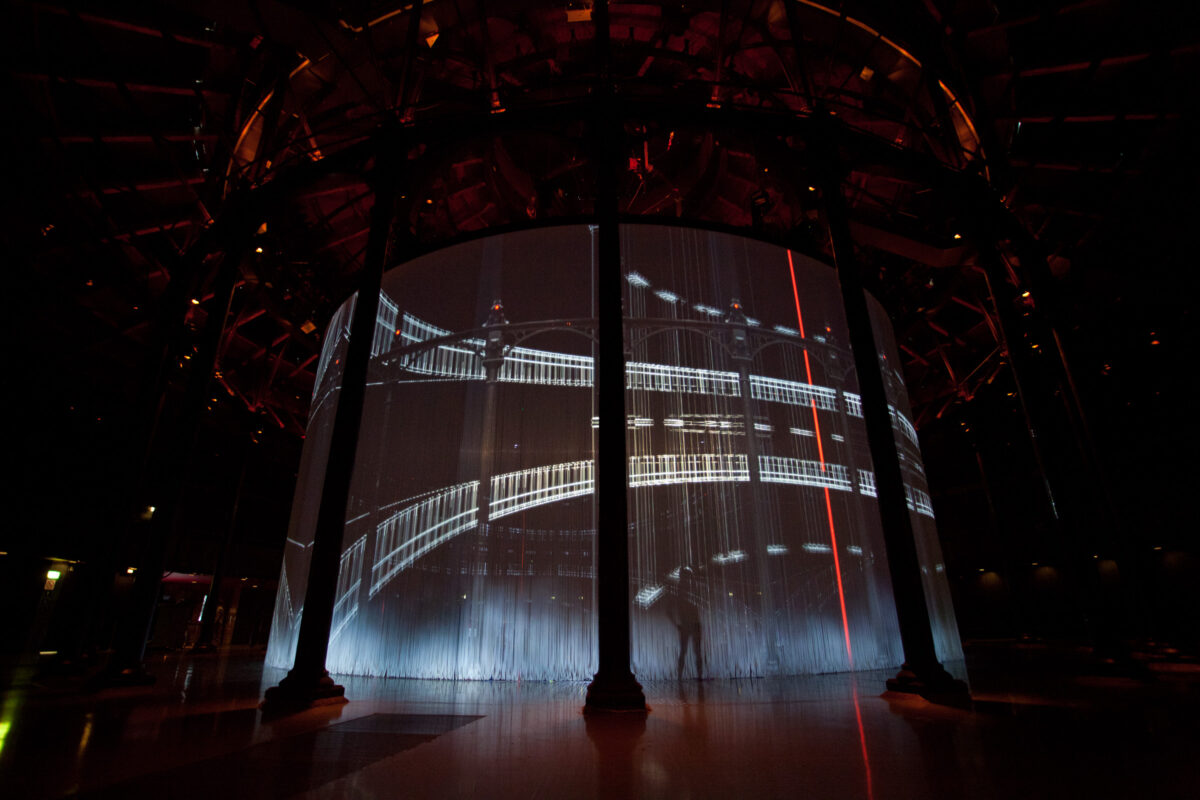 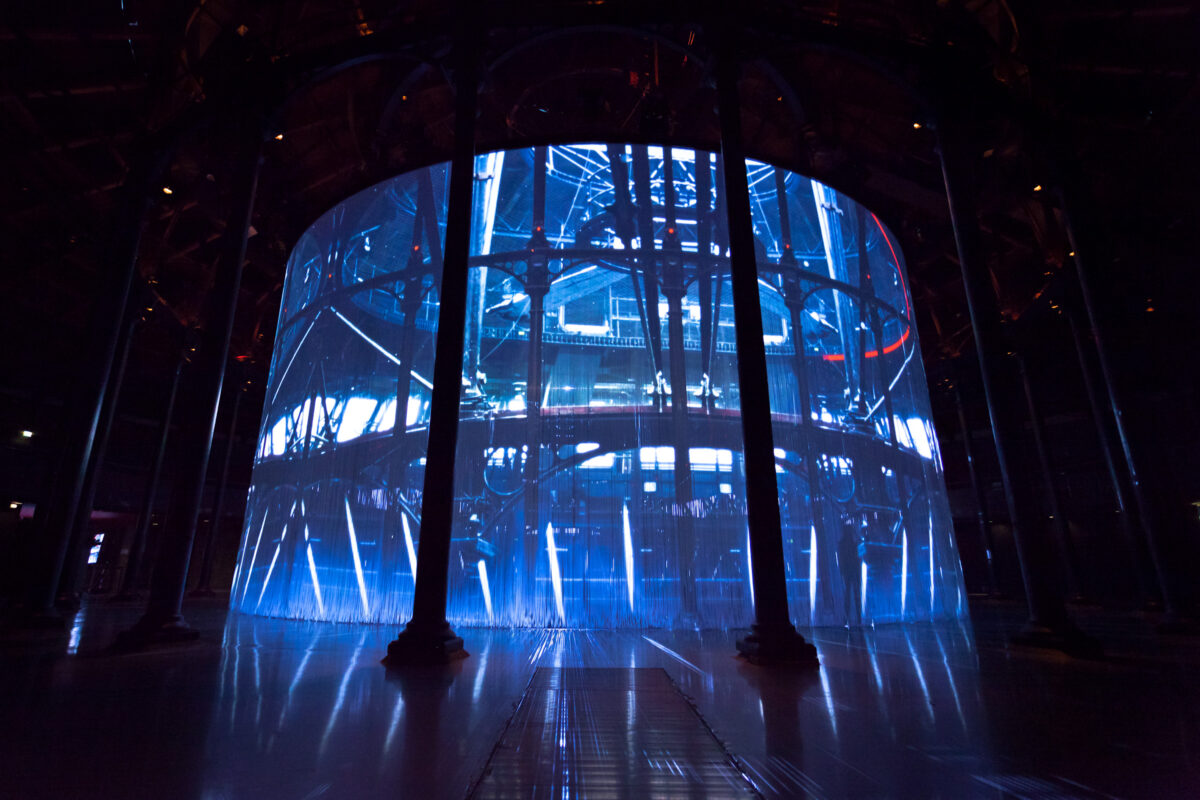 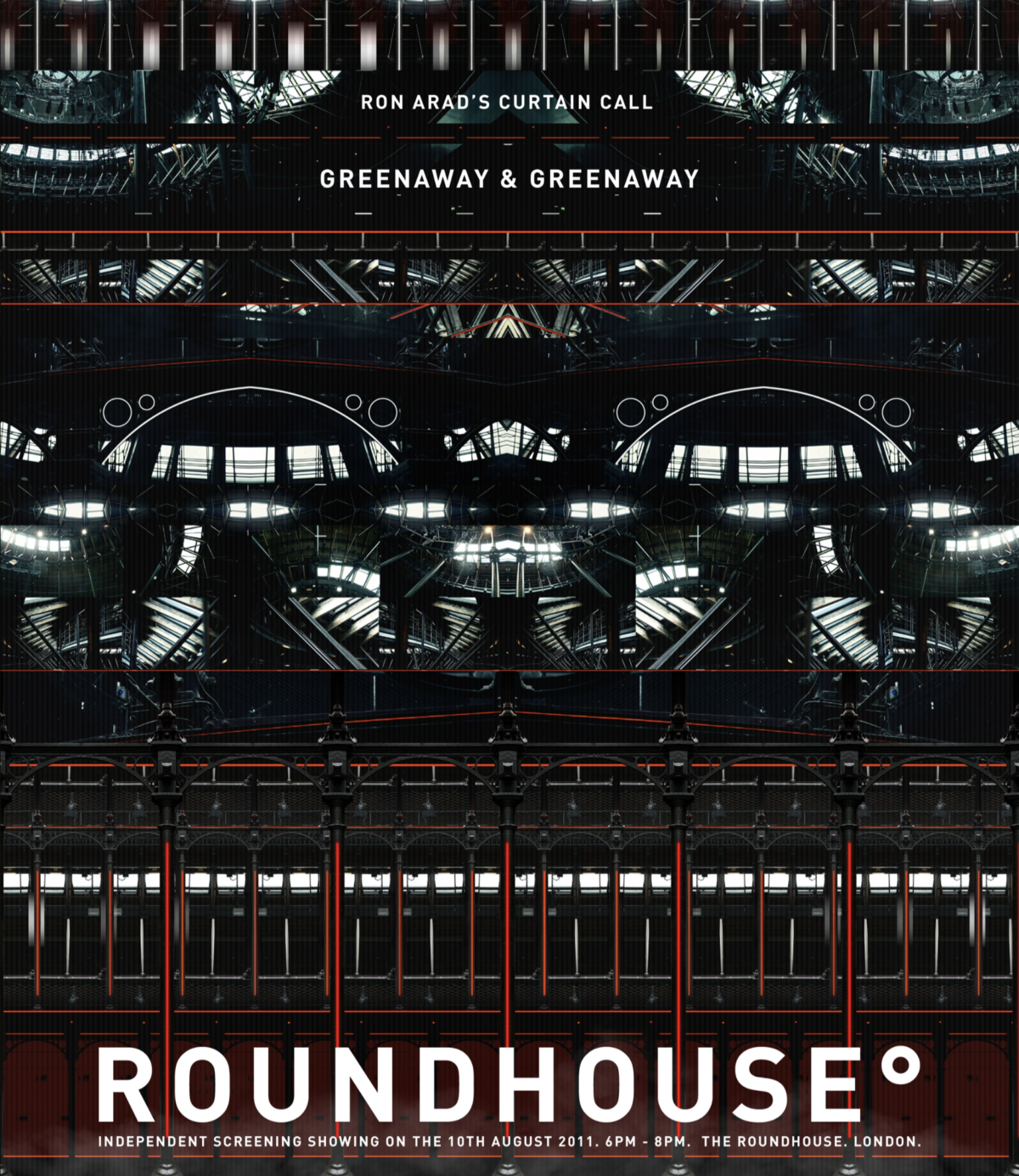